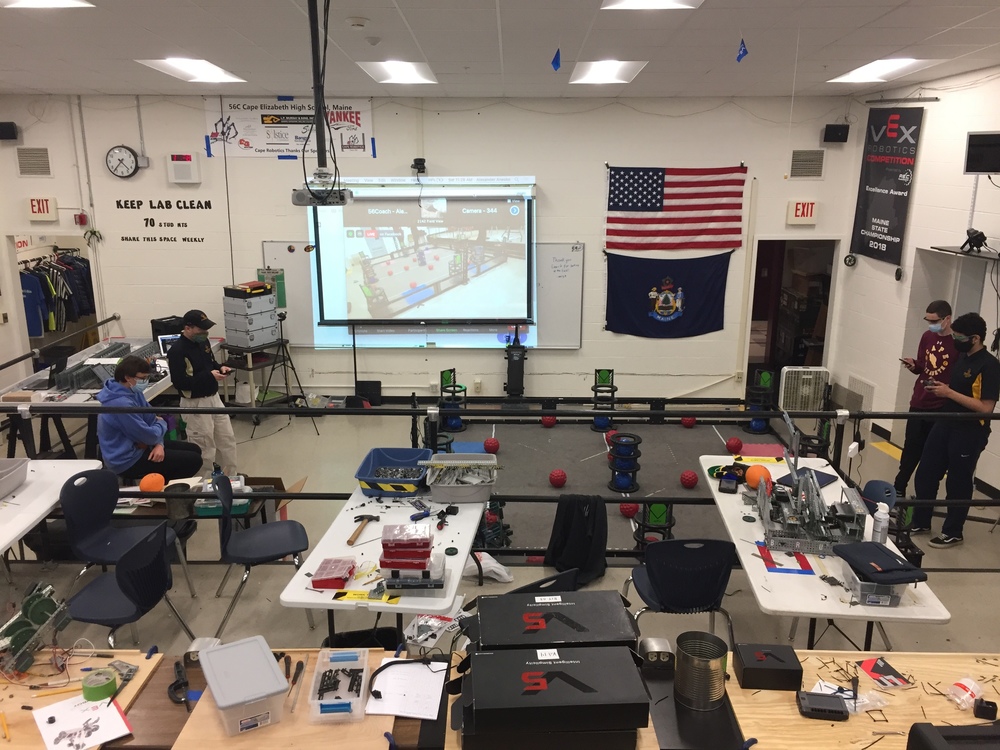 From Coach Evan Thayer:  "Both our teams did really well adapting to the new realities of this year.  The lead builders did much of their work at home and could access the CEHS gamefield for design adjustments only within the two weeks before the remote competition.

The Design Award earned by Team 56J is highly regarded because it is recognition of the overall robot design process, both the documentation of the process and an interview with a panel of engineering judges."

Team 56J won the Design Award.  The Design Award is a judged award.  It is awarded to the team with the most effective and efficient robot design process. 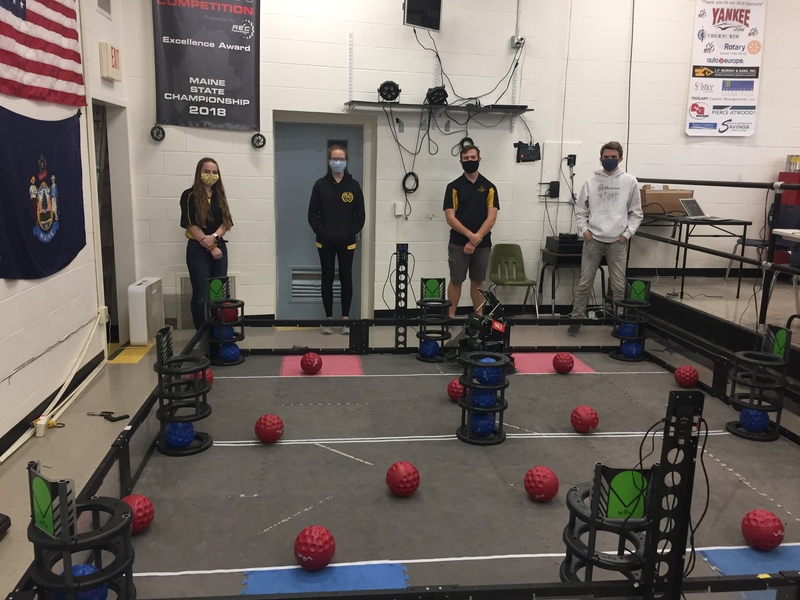 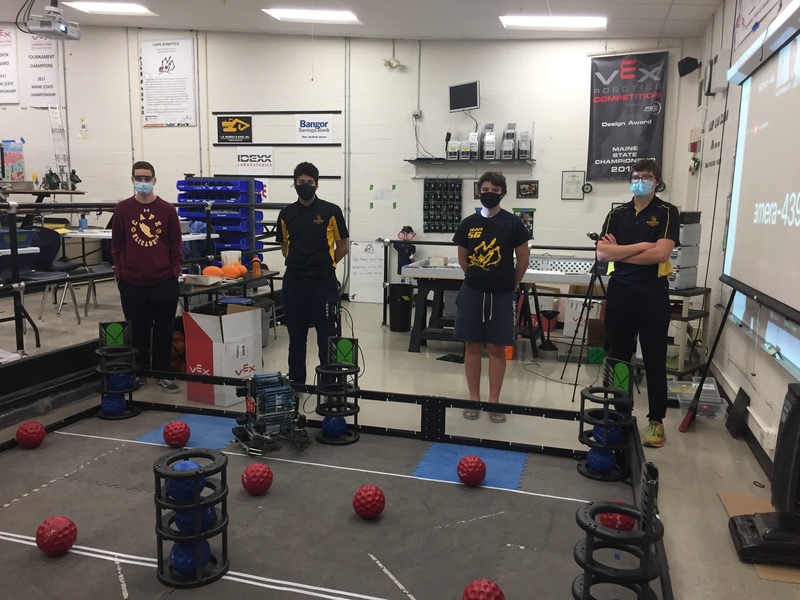 You have to see these robots in action to appreciate what these teams have done.

Check out these videos of the robots in action !!!