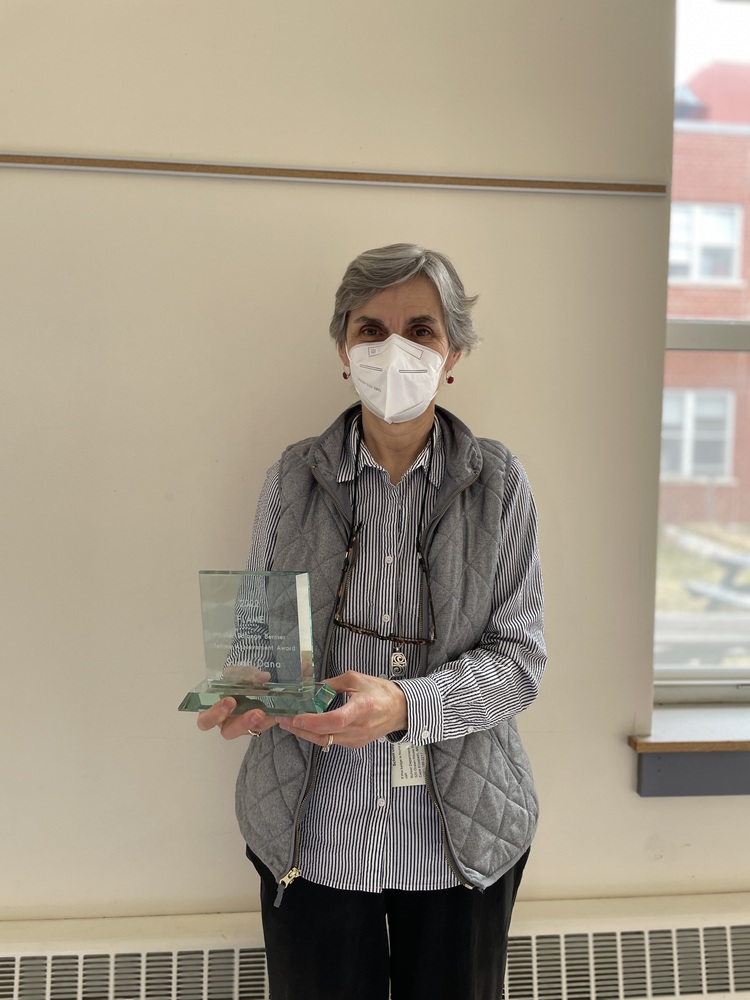 This award was named after a well-loved and well respected French teacher, whose career spanned more than six decades. It recognizes the career-long accomplishments of those who are approaching retirement and who have demonstrated excellence in teaching and leadership throughout their careers as modern and classical language teachers.

Susan Dana of Cape Elizabeth Middle School is this year’s recipient. She is a National Board Certified Spanish Teacher who has been a language educator for 39 years, 30 of which have been in Cape Elizabeth. In the late 1990s she was part of founding the Foreign Language in Elementary School (FLES) program in Cape Elizabeth. In 1996 she was the FLAME teacher of the year, and she has been the recipient of numerous grants and scholarships, including a Fulbright Teacher Exchange to Uruguay in 2013. Susan has led service trips through Safe Passage in Guatemala with Cape Elizabeth High School students, and has engaged her students in many social justice projects and endeavors. Her students have participated in events such as Global Collaboration week, Journey North, and connecting with Peace Corps Volunteers. She also helped her students develop community and global connections with projects such as bookmarks for the public library, decorated grocery bags for the supermarket, valentines for hospital patients, pen pals, the Peace Corps’ World Wise School Program, video exchanges with Spanish speaking students, and a “New Mainers: Hear our Story” Program.