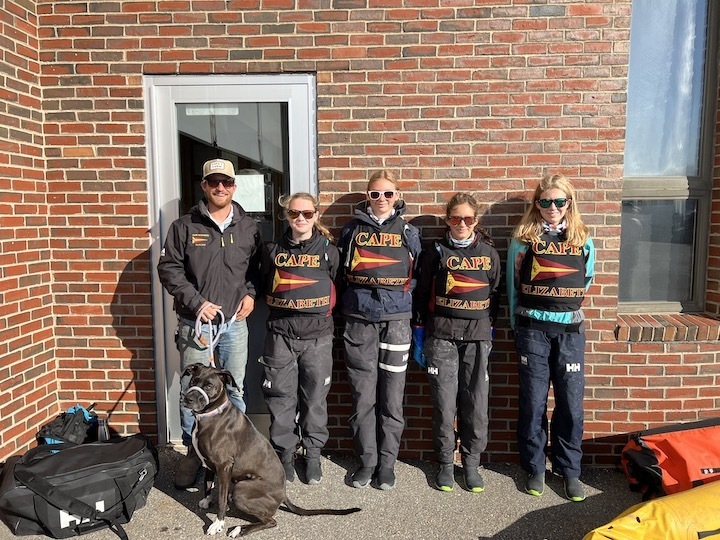 Fourteen boats representing high schools and conglomerate teams from across the state competed for the state championship in girls high school sailing and its associated perpetual trophy, the Becton Cup.  The Cup is named after Jean Coggan Becton who won the Maine Women’s Sailing Championship in 1936 and 1946 and whose family promoted scholastic sailing in Maine.